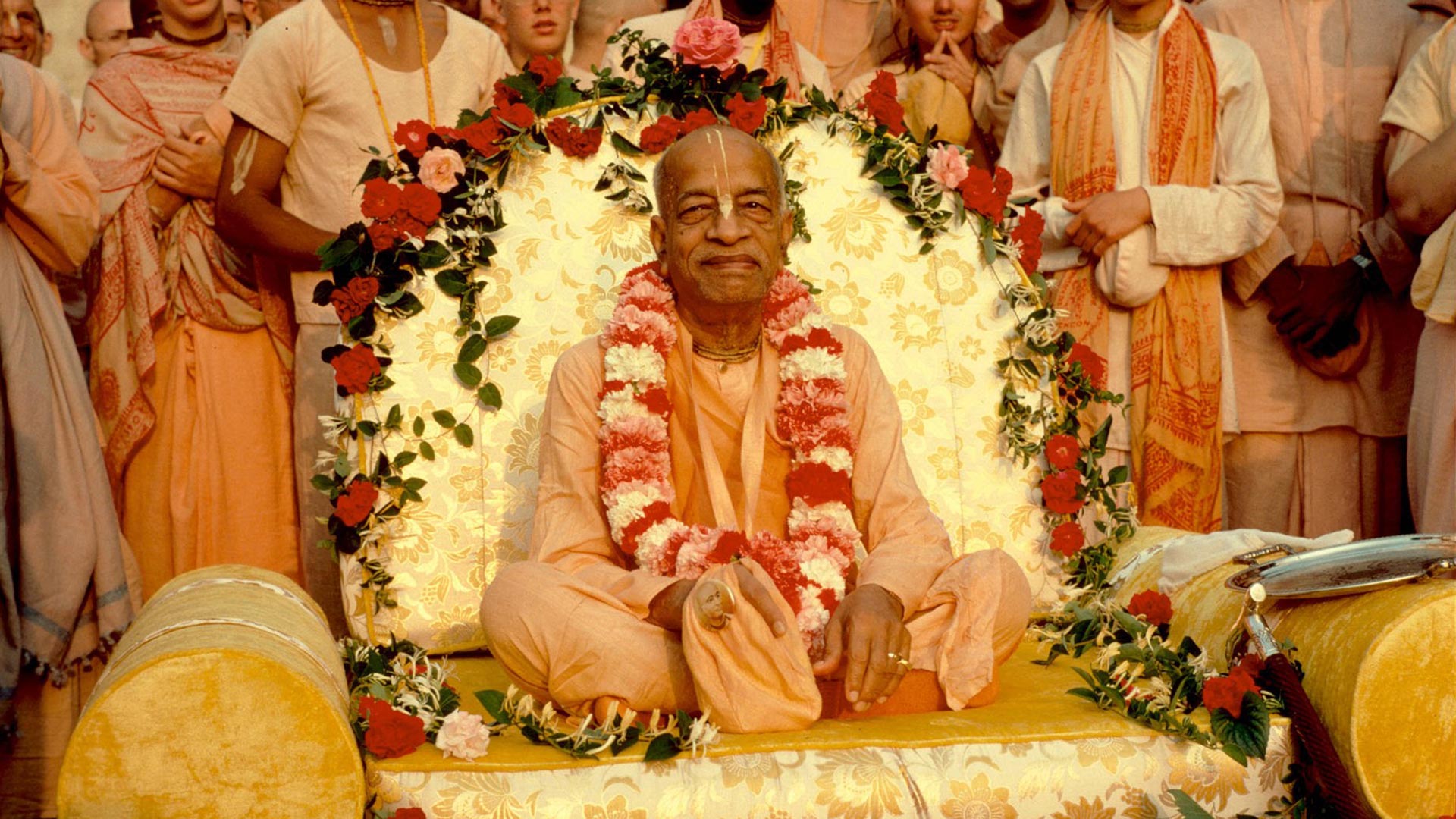 His Divine Grace A.C. Bhaktivedanta Swami Thakur Srila Prabhupada was born as Abhay Charan De, on the 1st of September 1896, in Calcutta. In 1922 he met His Divine Grace Bhaktisiddhanta Sarasvati Thakur, Founder of Gaudiya Math, who requested Abhay to broadcast Vedic knowledge in the English language. In 1933, at Allahabad, Abhay was formally initiated at Allahabad and made it his life ambition to expound the Vedic conclusion that real freedom means liberation from the miseries of material life: birth, death, old age and disease, a state that can be permanently attained by awakening one's pure love for God, Krishna-Prema or Krishna-bhakti.

In the ensuing years Abhay Charanaravinda (his initiated name), wrote a commentary on the Bhagavad-gita. In 1944 he started the Back to Godhead magazine, which to this day is being continued by his disciples.

In recognition of his philosophical knowledge and devotion, the Gaudiya Vaishnava Society honoured him with the title Bhaktivedanta in 1947. Following his retirement from married life, A.C. Bhaktivedanta travelled to Vrindavan where he lived in the humble surrounding of the Radha Damodar temple. In 1959 he took the sannyasa order of life and, as A.C. Bhaktivedanta Swami, started his work on the multi-volume translation and commentary of the 18,000 verse Srimad Bhagavatam. In 1965, at the age of 69, when ordinary persons are thinking of retirement, he went to the United States to fulfil the mission of his spiritual master.

He brought to the West the divine teachings of Lord Caitanya Mahaprabhu who taught the public glorification of Hare Krishna mahamantra. Srila Prabhupada, (as he was affectionately called by his followers), taught on a non-sectarian level that every living being is an eternal servant of Lord Krishna with a dormant natural propensity to experience the eternal bliss of pure love of God.

By 1977 when Srila Prabhupada left this world in Vrindavan he had completed over 70 volumes of authoritative translations and commentaries including the Bhagavad-gita, Srimad Bhagavatam, Caitanya-caritamrita and several Upanishads. These literary contributions are today highly respected by the academic community for their authoritativeness, depth and clarity. Srila Prabhupada's works have been translated into all the major languages of the world and are used as standard textbooks in college courses. Srila Prabhupada also brought India's cultural and religious festivals, such as Ratha-yatra to the West.

Srila Prabhupada continues to live up the reputation as a spiritual revolutionist who instilled in many millions Krishna-Prema. His Divine Grace A.C. Bhaktivedanta Swami Thakur Srila Prabhupada is considered as India's foremost spiritual ambassador. It was through his spiritual dedication and unprecedented achievements that India's cultural richness was introduced in the West and is now practised, throughout the world.